Learn more about an
Affordable Health Plan that's
right for you!

Learn About the Different Parts that Make up Medicare

Medicare is a government-run health insurance program designed to assist people age sixty-five as well as those with certain disabilities. There are many different parts to Medicare, which might confuse some people. This article strives to explain how Medicare works in a clear and easy-to-understand manner.

Medicare Part B is the traditional medical insurance most people think of when they hear about Medicare, and is optional. This part of Medicare covers all of the services that aren’t covered by Part A. This includes doctors visits, x-rays, laboratory tests and so on. This portion of Medicare can also cover medical equipment, such as canes, walkers, mobility scooters and so on.

Speaking of which, Part D is the coverage for prescription drug plans. Anyone with Medicare Part A or B plans are eligible for enrollment in Part D. While these plans are regulated by Medicare, they’re designed and administered by private insurance companies, which can cause some confusion.

There’s even more to Medicare than these plans described above. For example, Part A and B plans have gaps in their coverage periods, which lead many to purchase separate “Medigap” policies. These will be discussed in another article. Also, as Medicare is government-run, there can be a lot of paperwork, which can also lead to confusion.

This article, however, is meant to give a brief rundown of the parts that make Medicare work. With this information in mind, it’s our hope that you will be as informed as possible when choosing your own Medicare health insurance. 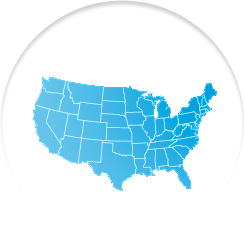